Redefining Alzheimer's dementia: for better or for worse?

Last year, the National Institute on Aging and the Alzheimer's Association published new criteria for the diagnosis of Alzheimer's disease that include biomarker measurements in addition to traditional clinical criteria. The rationale for the new guideline was that more sensitive criteria were needed in order to test interventions to prevent Alzheimer's disease; by the time symptoms are obvious, proponents argue, it is likely too late to alter the patient's prognosis. However, the downside to creating a new category of "pre-symptomatic Alzheimer's" is that many otherwise healthy adults could now receive an Alzheimer's diagnosis when there is no effective treatment - a label that leads to no health benefit and possible psychological harm. Therefore, experts recommend that this category only be used for patients who are enrolled in clinical trials of Alzheimer's prevention.

In an editorial in American Family Physician, Drs. Carla Perissinotto and Victor Valcour reviewed the numerous gaps in the evidence for preventing dementia that complicate public health strategies for reducing the rising incidence and morbidity from this chronic disease. They argued that current knowledge supports a tertiary prevention strategy:

It is reasonable to look to prior public health campaigns as models for our educational and prevention efforts for dementia. Educational efforts should first focus on ensuring that the public understands that a diagnosis of dementia represents a spectrum of cognitive impairment, and that Alzheimer disease is only one of several subtypes. Until strategies targeting primary and secondary prevention emerge, our greatest impact may be in tertiary prevention—in the prevention of dementia morbidity. Such work may require early recognition, in which strategies targeting home and financial safety have a clear impact on those at highest risk.

Family physicians have always played an important role in caring for patients with dementia and their caregivers. In addition to prevention, Alzheimer's patients must make difficult decisions about the initiation and discontinuation of drug therapies, which have modest, time-limited benefits that are frequently exaggerated in deceptive advertisements.

A modified version of the above post first appeared on the AFP Community Blog.
Posted by kennylin at 1:20 PM 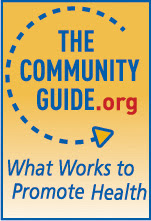