My favorite public health and health care books of 2015

This year has seen the publication of so many outstanding books about public health and health care that my top 10 list, which follows below in alphabetical order, doesn't even include Atul Gawande's fabulous Being Mortal (which earns an honorable mention, having been published at the end of 2014). 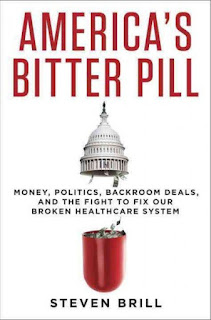 An expansion of his 2013 Time Magazine article that first got my attention for blowing the whistle on hospitals' outrageous charges for health care services levied on those who can least afford them, Brill's book takes a dim view of the political sausage-making that produced the "Affordable" Care Act and proposes a viable national health insurance alternative that doesn't tread well-worn liberal or conservative paths. 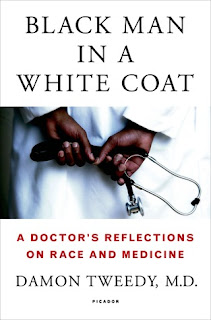 2. Black Man in a White Coat: A Doctor's Reflections on Race and Medicine, by Damon Tweedy

An African-American psychiatrist draws on his often discouraging personal experiences as a scholarship-supported medical student and resident at a Southern university in the 1990s to reflect on larger intersections of race and medicine. Why are fewer black men graduating from medical school today than in 1978? Why do patients of color consistently receive inferior medical care? The answers (and possible solutions) are complex, but thoughtfully addressed in this revealing memoir. 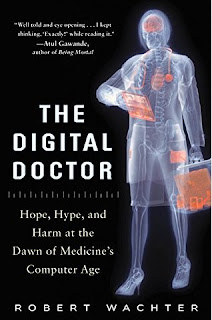 3. The Digital Doctor: Hope, Hype, and Harm at the Dawn of Medicine's Computer Age, by Robert Wachter

In a smattering of previous blog posts, I've cautiously endorsed electronic health records as "medical progress, not panacea," worried about the new types of medical errors that they can cause, and compared laborious data entry tasks to more traditional scut work. Dr. Robert Wachter, an academic hospitalist and healthcare quality leader who was named the most influential physician executive in the U.S. by Modern Healthcare magazine in 2015, does these topics, and more, justice. 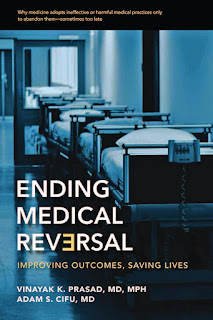 From my book review on November 11th: "In a recent research letter, Dr. Prasad and a colleague reported that news articles about new cancer drugs employed superlatives such as 'breakthrough,' 'miracle,' 'game changer,' 'groundbreaking,' and 'revolutionary' with ridiculous frequency, since more than half of the drugs discussed had not received FDA approval for any indication and several were supported by no human data whatsoever. I believe that this practice largely reflects lazy or uninformed health journalism. So when I describe Ending Medical Reversal as revolutionary, I don't use the term lightly. Go out and read it - right now." 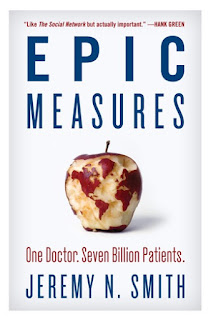 From my book review on July 1st: "What I loved about this book ... is that it made sitting in an office cubicle performing complex statistical analyses [about the comparative magnitude of global health problems] seem almost as cool as practicing front-line medicine in remote areas of the world." 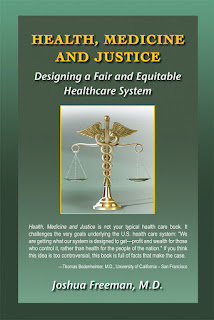 A fellow family physician blogger who has been at it even longer than me, Dr. Josh Freeman makes a passionate case for transforming U.S. health care into a system that is affordable and accessible to all, arguing that assuring social justice and eliminating health disparities ought to be a moral imperative. 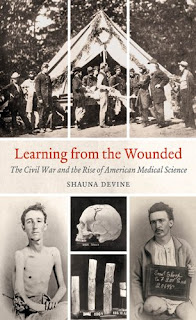 7. Learning from the Wounded: The Civil War and the Rise of Modern Medical Science, by Shauna Devine

In 2005 and 2013, I taught an eight-week elective to first-year Georgetown medical students called "Civil War Medicine in the Modern Age." The big idea was that there are lessons to be learned from the imperfect application of medical and public health principles during the Civil War that are still relevant to physicians today. If Devine's staggeringly authoritative work had been in print then, I would have made it the course textbook. 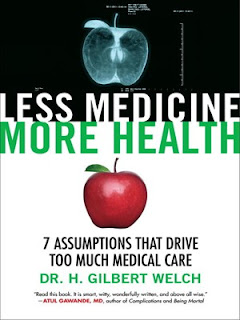 A few years ago, I wrote a glowing review of Dr. Welch's previous book, Overdiagnosed, which led to an invitation to participate in a panel discussion at the Boston University School of Public Health, where he was the keynote speaker. Like that book, Less Medicine, More Health takes tricky concepts such as overdiagnosis and overtreatment and makes them easily understandable to the general public - and many physicians who continue to believe that there are no downsides to screening tests. 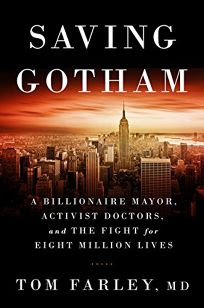 I became an admirer of then-New York City Health Commissioner Tom Farley in 2012 when he convinced the Bloomberg administration to attempt to limit the size of sugary beverage containers in restaurants (a valiant effort that ultimately failed due to lawsuits brought by the soda industry). In this perfectly paced memoir, Dr. Farley describes the trailblazing public health initiatives launched by himself and his predecessor (current CDC director Tom Frieden) to attack smoking, obesity, and diabetes in the Big Apple in the first two decades of the 21st century. 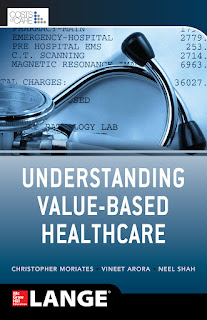 This is another text that I wish I'd had when teaching medical students how to practice cost-conscious medicine. A meticulously organized synthesis of evidence and experience, Understanding Value-Based Health Care is a must-read for all health care trainees and practicing professionals who want to do the right thing by their patients without bankrupting the system.
Posted by kennylin at 2:41 PM