"All In" as Common Sense Family Doctor turns five

Last summer around this time, I announced that I had started writing a book titled Conservative Medicine and elaborated on my ambitious book proposal in a series of blog posts. It's now a year later, but, sad to say, I haven't made much progress. I have some good excuses, though. In the past year, I: 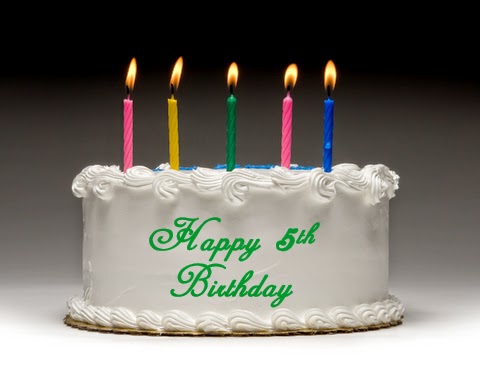 So, though it may seem to readers like I've been loafing, the reality is that my time and energy has often been needed elsewhere. And when choosing between book writing and blogging, the latter wins out. In fact, to make more time in my schedule to post to Common Sense Family Doctor, I've decided to voluntarily cut back on my American Family Physician editor duties to the tune of $1000 per month. Creating this protected time should allow me to post more often than I have been able to lately, and take chances intellectually by daring to write about topics outside of my areas of health expertise, such as educational reform.

On the fifth anniversary of my very first post, I am announcing a new investment in myself and this blog. I am going "all in" on Common Sense Family Doctor.
Posted by kennylin at 4:59 PM